George is the first guy closest on the picture. Ezekiel is the distant guy. They are both lapidarists who participated in the establishment of Tanzanite Apollo from August to September 2017. 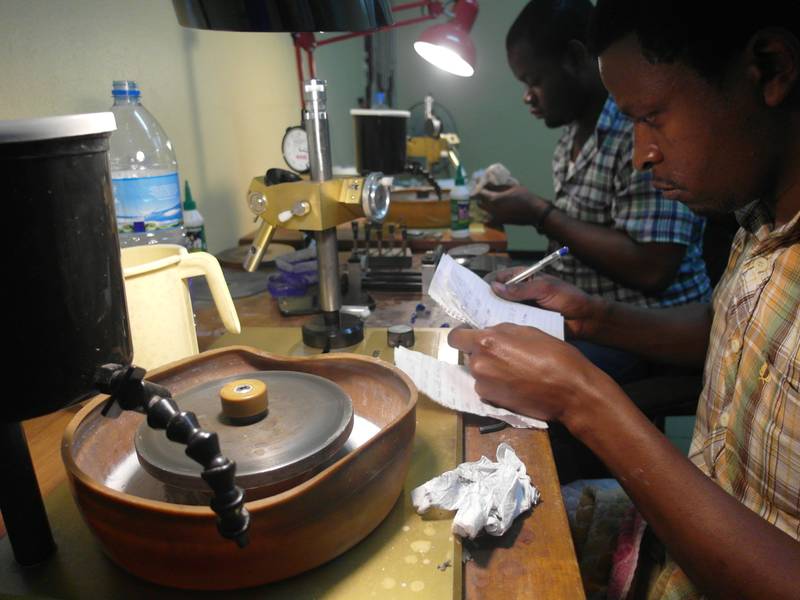